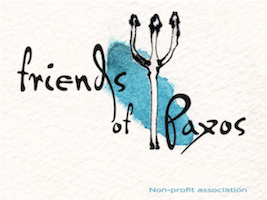 We will be delighted to share a glass of wine with you at the opening, on Thursday 18 August of this summer’s great contemporary ceramics exhibition “East Meets West – Greek and Catalan Contemporary Ceramic Art”, at the Old School in Loggos.

With our best regards,

Dear friends, We will be delighted to share a glass of wine with you at the opening, on Thursday 18 August of this summer’s great

PLANNING This year I will be teaching in many places and I have some interesting exhibitions in Europe. Of course you can find my work

Pàgina desenvolupada i dissenyada per SIMIC

This website uses cookies to improve your experience while you navigate through the website. Out of these, the cookies that are categorized as necessary are stored on your browser as they are essential for the working of basic functionalities of the website. We also use third-party cookies that help us analyze and understand how you use this website. These cookies will be stored in your browser only with your consent. You also have the option to opt-out of these cookies. But opting out of some of these cookies may affect your browsing experience.
GUARDAR Y ACEPTAR